Sean joined the Henry Bath Group in 2012 after 31 years working in the Steel Industry. He was previously employed by BHP Steel & BlueScope Steel Australia serving across a number of countries and functions. Sean has spent the last 15 years predominantly engaged with the Steel Asia portfolio where he served in Supply Chain & Logistics leadership roles and as Business President for BlueScope's Asian Rollforming operations. Since 2005 he has been heavily involved in the Sales & Marketing of international steel exports and the global export strategy for the Steel Group. For the past 7 years, Sean has been responsible for directing Henry Bath operations in Asia and is now, as CEO, charged with the development of the forward strategy for the entire Group.

Paul is CFO of the LME and Liffe approved warehousing and logistics group, Henry Bath & Son Limited. Paul started his career with Unilever PLC as a management trainee. Working within the Group's animal feed and bakery divisions Paul gained over ten years experience in a number of different finance positions before joining Henry Bath as Group Financial Controller in 2002. Paul is a fully qualified member of the Association of Accounting Technicians (AAT) and the Chartered Institute of Management Accountants (CIMA). 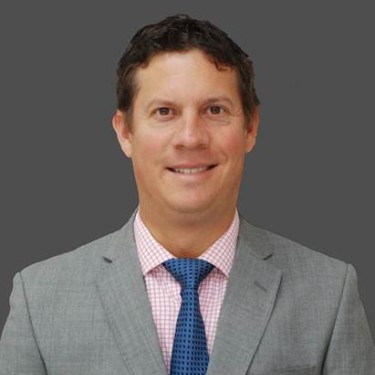 David joined the Henry Bath Group in July 2019 as Global Sales Director. Prior to joining Henry Bath, he was a metals trader whereby he jointly ran a European physical aluminium trading business out of both London and Dubai. He has solid risk management experience and has traded both physical and derivatives. He has also built up good relationships over the years with both producers, trading houses, consumers, banks and brokers within the metals industry. He is based out of our London office and will be responsible for maintaining current and developing new customer portfolios within the groups metals business. He will also help the group define and develop strategies for the metals business. Trevor joined Henry Bath in 2019 to lead development of the concentrates business. Prior to that he held various commercial and operational roles with Rio Tinto in the UK, China, Singapore and in Mongolia, where he was responsible for the concentrates outbound supply-chain from the Oyu Tolgoi copper mine. He holds a degree in Politics, Philosophy and Economics from the University of Durham (UK) and has professional experience in concentrate trading, supply-chain management and improvement, market analysis, major commercial projects, M&A and government relations 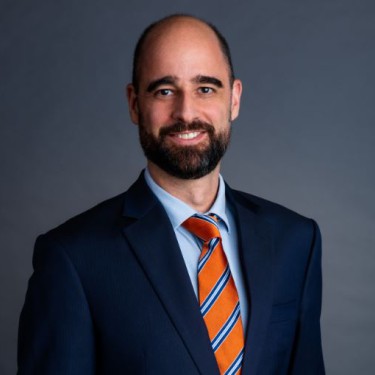 Robert started his career in 2002 as production manager for a coffee exporter based in Bandar Lampung, Indonesia. After being based in Indonesia for 13 years he moved to Singapore to take on the role of commercial director in the logistics and warehousing industry for the softs commodities division of a multi-national logistics company. Here he developed new warehousing operations and managed existing operations in the Asian region encompassing a variety of products. Over the years Robert has built up an extensive experience with handling cocoa, coffee, cloves, cinnamon, pepper, rubber, tobacco and other commodities in various Asian countries while working with producers, traders, financiers, service providers and governmental bodies alike. Robert joined Henry Bath in July 2021 where he is responsible to develop the warehousing and logistics portfolio in Asia for the agricultural commodities division. He holds a bachelor degree in International Business and Language from the University of Professional Education in ‘s-Hertogenbosch, the Netherlands. Peter had an economic education and graduated as a bachelor in International Forwarding at the Karel de Grote Hogeschool in Antwerp. Peter worked his way up from a Customer Service Clerk in a prominent commodity organisation, eventually spending his last 5 years as the General Manager of the Antwerp operation. This experience affords him significant knowledge of cocoa operations and helped him develop links between the Nigeria cocoa operations and Europe. Before joining Henry Bath in 2018, Peter has also spent the previous 10 years as a Sales Manager, where he was responsible for helping to define the group strategies on soft products in physical and exchange markets and for maintaining and developing the customer portfolio for existing commodities, not only for soft products but also for metals and other cargoes. Jerry joined the Henry Bath Group in 2019 after 32 years in the metals warehousing and transportation sectors. For most of his career, he served as President and COO at Dearborn Steel Center and played a significant role in the transformation of just-in-time supply-chains for metals over three decades in multiple industries including automotive. For the last ten years, Jerry led an expansion into handling base metals, with sheds for LME, CME and private store, and in-house end-to-end logistics support. Henry Bath customers will benefit from his history of working on behalf of both producers and consumers to craft innovative and sustainable multi-modal logistics solutions. Jerry has served in council and scholarship roles with the Fabricators and Manufacturers Association since 2001. Rene graduated from Rotterdam University with a degree in Logistics and Transport Management. In 1995 he started his career as logistics planner at MTA Freight Services for barging containers between Rotterdam and Antwerp. Rene gained work experience as a senior management consultant for 4 years at BPM Management Consultants for ISO certification projects and process improvements. Rene joined the Metals Department at Henry Bath Rotterdam in 2005. There he has gained experience in both metals and soft commodity operations and in 2009 he was appointed as Operational Director responsible for Rotterdam and Antwerp operations. Yong Shen commenced his employment in our Henry Bath Singapore operation on graduation from National University of Singapore with a BSc in Science in August 2011. In 2014 he was appointed as Commercial Manager for Asia and was seconded to Shanghai to support with the establishment of our Henry Bath Warehousing Shanghai operation. During his tenure in Shanghai he gained insights into the non-ferrous metal business in China and was instrumental in building our relationships with Banks, Producers and Trading Houses. He also supported the development of business opportunities across Asia with the Henry Bath shareholders, the L.M.E and S.H.F.E. Moving back to Singapore in 2017 he gained sales experience with Primary Aluminium, Billets and AlSi3 for Asia. In January 2018 Yong Shen returned to China as a secondment to the position of General Manager of Henry Bath Warehousing Shanghai. With an extensive background in commercial sales, project management and operations management, Jenny joined Henry Bath in December 2017 as Business Development Manager. She is responsible for identifying, planning and developing commercial aspects of business activities in the Asia region. Jenny started her career in the steel industry where she managed the company’s fabrication and distribution operations in Vietnam and Taiwan. Jenny has over 10 years of experience working in the U.S., Taiwan, Vietnam, and Singapore. She holds a MBA degree from Kellogg-Hong Kong and a BA in Legal Studies from UC Berkeley. Jeroen joined Henry Bath in 2009 as EHS Officer and has since held several positions with responsibility for Operations, Projects, Security and Quality Health Safety and Environmental management for the Group’s Rotterdam and Antwerp facilities. In 2016 Jeroen was appointed as Group Operations and EHS Manager with global responsibility for group EHS and operations, security and exchange compliance. Jeroen holds an MBA and bachelor degree in Integrated Safety and Security management. Prior to joining Henry Bath, Jeroen worked in the public and private security industry where he gained solid knowledge and experience in Safety and Security Management. Jeroen is based in the Rotterdam Office with regular travel to the UK Head Office and our global facilities Qizhi joined Henry Bath in December 2017 as Commercial Manager. Prior to joining Henry Bath, he was an LME Trader at Mitsui Bussan Commodities in Singapore. After graduating from National University of Singapore with a BSc degree in Applied Mathematics in 2013, Qizhi started his career in the Metals Industry as a Junior Trader, where he gained solid market knowledge as well as experience in trading both derivatives and physicals. Qizhi is based in Singapore, with focus on all Asia locations and Chinese market. He is responsible for developing commercial aspects of the business and constructing solutions for customers 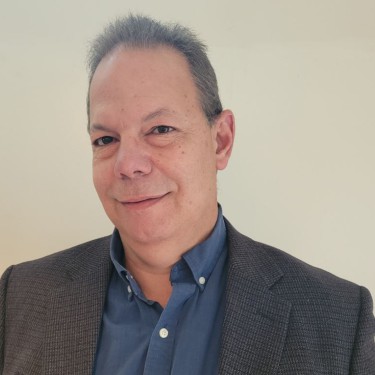 Gustavo holds a BA in International Trade (Instituto Nuevas Profesiones) as well as BA in Social and Physical Anthropologie (UCV-Venezuela). His metal career began with Mitsubishi Venezuela in Industrial Projects for the Steel and Aluminum Industries, where he gained in depth knowledge of both industries as well as the logistics discipline. He then transferred to Mitsubishi in New Yourk, where he spent most of his 15 years as a trader where he developed the central and Latin American Markets for Aluminum, and Trade Finance for MIC. In 2016, Gustavo joined Englehart and was charged with development of the North and South American markets. Leaving Englehart he has joined the Henry Bath Team in February 2021.

We are using cookies to provide statistics that help us give you the best experience of our site. By continuing to use the site, you are agreeing to our use of cookies.